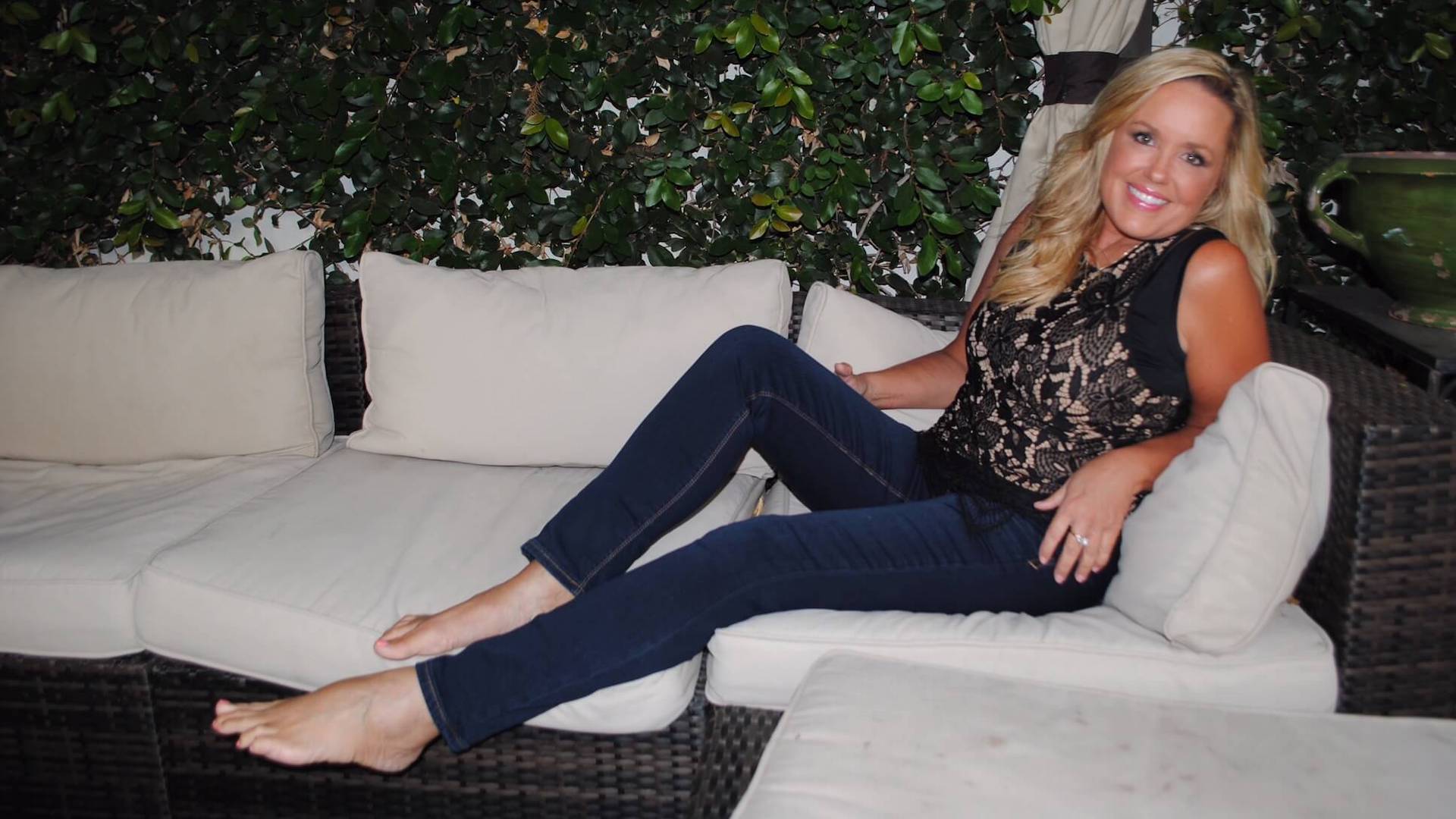 Sherrie was born in Alton, Missouri and loved growing up there. She enjoyed spending time hiking the beautiful natural springs in the area as well as canoeing on the icy waters of the Current and Eleven Point Rivers. Camping, exploring caves, boating, and swimming in the nearby lake is how she spent a lot of her free time.

It was a simple life full of love and fun times with a few heartaches along the way. Sherrie was a cheerleader, played trumpet and sang the Star Spangled Banner at sporting events. She was as a soloist in her high school choir and was very active in her church youth group at First Baptist Church of Alton.

Sherrie was a candidate for homecoming queen and other royalties. She was honored to be a contestant in a few local pageants in high school and, later, in the Miss Missouri Pageant, held at Stephens College in Columbia, Missouri. She attended Missouri State University before moving to Kansas City to pursue a modeling career with Barbizon Modeling Company. Just before signing the contract she decided that modeling was not for her at that time. Her true love was vocal music and she discovered her true calling in music ministry.

Sherrie married her high school sweetheart at a very young age. “We were just kids that grew up together,” she says. After their college years at the University of Missouri, Columbia (Mizzou) Sherrie moved with her husband to Monett, Missouri, and then on to Springfield, Missouri, where they raised their four beautiful children.

Sherrie was very active at Ridgecrest Baptist Church under the direction of Pastor Hosea Bilyeu.  She and her husband worked with the pastor and church leadership, starting and leading adult Faith Family classes and classes for young married couples. Sherrie mentored and led home bible studies for youth aged girls, led music, and was a camp counselor for sixth grade girls at church camp. She was a member of her church’s Celebration Choir, was a soloist, and served as a worship leader on Ridgecrest’s praise team for ten years.

After losing her ability to sing after having major surgery Sherrie studied with Dr Rosemary Owens Chairman of Vocal Music Department as MSU and with Betty Salmon at Sonshine Dance Academy.

Sherrie says, “inspiration, strength, and hope are what I’ve learned after experiencing several life-changing events. But it doesn’t stop there…I felt God leading me to share my journey: steadfast hope and love for Him in the midst of personal struggles.”

“I am not a pastor or a bible scholar,” she continues, “only someone that God is molding and strengthening every day. I want to share my journey and how God continues to pull me through the tough stuff. I want to be a voice of hope and inspiration.”

Sherrie believes we can learn how to be steadfast through the storms of our lives if we will only “trust God with all the stuff! Together,” she says, “we will sing praises, laugh loudly, and possibly cry through the pain as God wipes away our tears. We’ll walk away having experienced the love and hope of Jesus Christ.”

“The Lord is close to the brokenhearted and saves those who are crushed in spirit” Psalms 34:18